Frappe/ERPNext web views are mobile friendly, has full support for ERPNext features, need less maintenance and users can directly access sites from the mobile browser itself.

Due to this, we planned to deprecate mobile apps and we will be delisting the apps on both the stores.

If anyone from the community is interested in taking the mobile app development forward, let us know.

Such a bad news

I’m curious if the mobile apps… or the mobile browser will allow a user to modify records when they are “off line” (no internet access)… and then have records or transactions uploaded when the user gets back online? Is there any support for this type of technology?

@rich You can read the related discussion about offline ERPNext here.

Makes sense if there are no extra functionality embedded in the mobile app. I only wonder how the barcode scanner will work in mobile browsers.

So… what would it take for the mobile app development to continue?

Would Frappe consider a web to app converter/wrapper strategy for this? 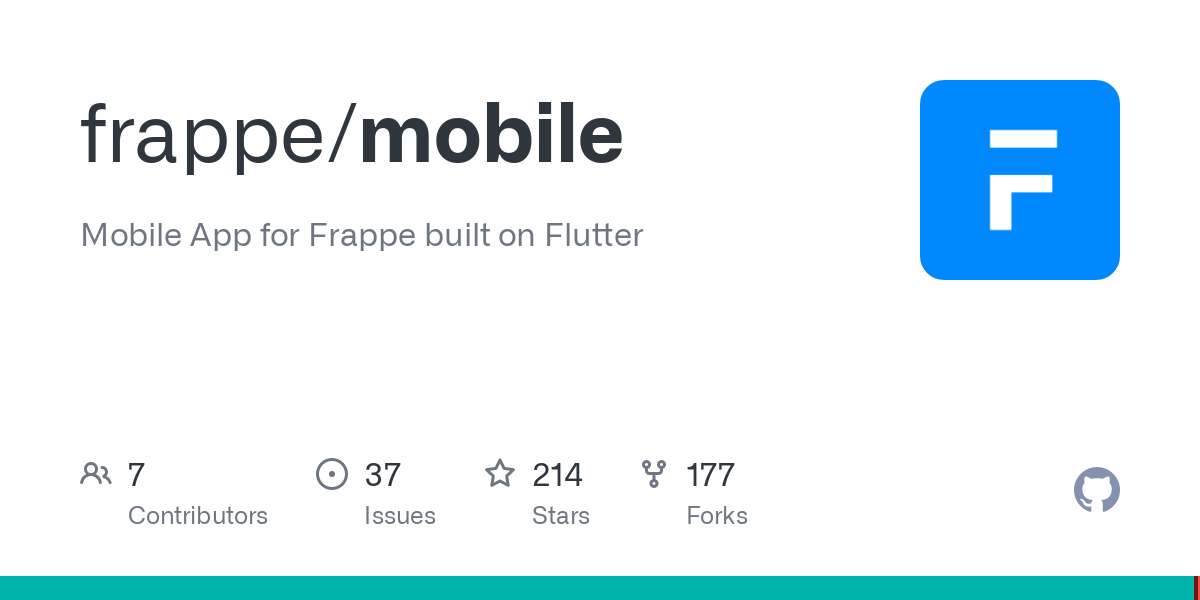 Mobile App for Frappe built on Flutter. Contribute to frappe/mobile development by creating an account on GitHub.

If you are familiar with Dart/Flutter and if you are interested in taking the development forward, you can checkout the roadmap and start working on it.

If you need any help, you can raise an issue on Github or reach out to us to discuss further.

@Kitt_Lee Can you explain a bit more about this strategy?

What advantages will be there by building a wrapper instead of using it directly on the browser?

I’m just suggesting since there are quite a few of web to apps converter tools out there.

Think probably the biggest advantage are

It works great, especially CPU is ok. And site should have SSL certificate.

This is great news!
For apps that already have a responsive web interface, mobile apps are hard to justify.

As I mentioed before:

A suggestion about development of ERPNext Mobile Apps from a PWA developer. Progressive Web App (PWA) can now deliver a lot of what native mobile apps can do, most “mobile app” features like geofencing, offline access and even push notification are available to PWA now. The beauty for Frappe is that with ONE javascript code base you can handle desktops (windows, macOS) and mobiles (iOS, Android) without having the on-going overhead of maintaining multiple versions and the need to conform to Go…


most things can now be done on the web.

Really not so nice news… I understand budget n time constraints to pull such development, however with community support and donation i think this can be pulled off. i am willing to fund…

Every top or popular erp/crm system has a robust app, as we are in mobile-first communication time.

Erpnext mobile view needs a some more polishing and i dont think there is a way to use push notifications.

if app is not installed how does a user get push notifications?

does anyone know how to add this functionality…

Mobile apps should be back!

It is handy to say “You can download the mobile app now” in the sales meetings. Usually, the customer searches it in the app store and examines it. Most of the time he doesn’t download, if he downloads can’t open it because of the missing server information. But it warms up the situation. After a while, they start to use it in the browser and that’s all ok. Because at that stage, all he cares his stock levels, orders, costs etc.

Being visible and present on those sites/app stores creates a lot of awareness and credibility during sales calls.

So, this is not an engineering situation, it is not about how the polish app is, it’s about credibility. And it doesn’t matter if it works as expected or not.

It’s really really bad news, even it’s a hard decision though, whoever taken this, deserve a kick!!

Because, you’re passing a resolution, for ending an era before it get started!

Inspiration: Look at past, Frappe Books once started and due to time constraints or whatever reasons, project got on hold, and now boom. It got started again! It’s matter of time!

Criticism: There was a chat about tech stack for this app, many of us preferred React Native, still gone for Flutter, I’m not saying, it’s bad framework. It’s matter of time, we see less contribution as Flutter base is still growing while React Native was/is mature.

Most of community developer are Python or JavaScript developer, and it’s hard to switch a whole new language. The point is, sticking & aligning with similar/familiar tech stack is important, to tackle this situation of zero/no contribution can be covered.

Now, solution is, keeping this app alive is very important and forget about deprecation, instead make some efforts and make it for few basic features like at least read documents, workflows, POS, scan, basic alerts (notifications/emails) and make this working for very limited functions, don’t expect we can manage whole frappe/erpnext from mobile.

PS: Jokes apart, start focusing on Frappe to have bar/QR scanner for mobile browser and in-browser notifications at least.

@asharamseervi @Tufan_Kaynak2 if u guys interested we can fund it together and give it back to community, we all do make money form erpnxt as a solution for our clints, so i would say lets contribute then complaining …

erpnext team has a lot on their plate…

I am willing to contribute