I have an old Core i5 Desktop PC with 8 GB RAM.

I have installed Ubuntu (with X11) on it. This to avoid command line as much as possible.

Now I am planning to install ERPNext.

I would like to know what is the best way to install ERPNext?

Should I install servers like MySQL/MaraiDB and Redis using Ubuntu’s App store or should I install everything from command line as all the installation tutorials here are stating?

The reason why I am asking is because I later want to access MySQL/MaraiDB database using a GUI client like DB Weaver.

I know you want to avoid command line, but I don’t know of any way to do so.

Docker worked with no issues. If you want, I could copy and paste the exact steps that I used. (I saved each and every step, after much trial and error.)

Hope it helps even though it’s not what you wanted.

Thanks for your reply. It is very informative.

Instead of sending days in getting ERPNext to install if we can do something using Dockers faster it would be very good.

But will the installation via docker slow down ERPNext compared to native install?

I am asking because I have never used Dockers till date.

But as you are using Dockers they may be worth using.

If you are installing Ubuntu 22.04 LTS then follow this guide to install ERPNext in Developer Mode only. I just installed Ubuntu 20.04 LTS in a VM and it is working wonderfully!! 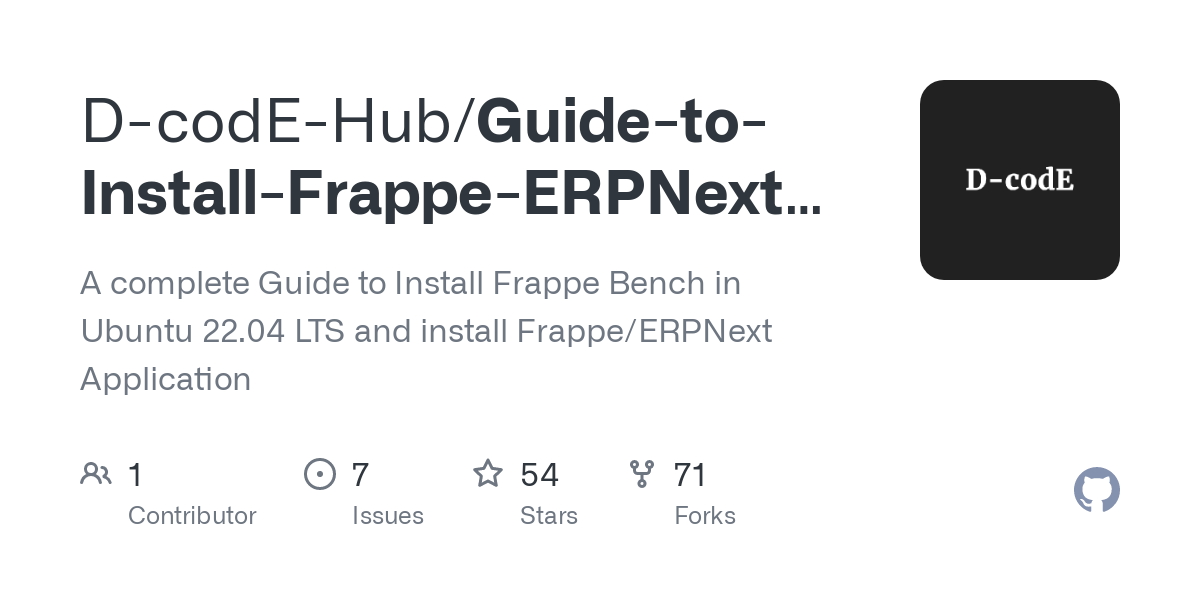 If you want to install in Production Mode then you will have to search this forum for the exact steps.

not really. I only use containers for my self hosting stuff. they’re easy to use and don’t mess up with the host system.

I’ve no benchmarks to prove anything. I’m not benchmarking anything.

Is there any official step by step guide for setting up Dockers on Ubuntu?

I want to setup ERPNext for production in Docker if possible.

But if there is official documentations it would be better and more assuring.

Finally would it be possible to use Dockers on Contabo because we are planning to purchase a VPS on Contabo.

This file has been truncated. show original

Thanks for the detailed documentation but unfortunately I am not able to get Dockers to work.

There seems to be Port conflict with already running Ngnix daemon.

I am going to try it out a fresh tomorrow. Will post here the problems that I am facing as they occure.

Once more thanks for your invaluable help.

You want to install in Ubuntu…I give you the only guide that worked 100% and that I tried almost all that I found in the forum and search on the Internet … different OS Centos, Debian, AlmaLinux, Rocky Linux and Ubuntu.

I hope it helps you.

Anyone who is trying to install ERPNext will be encountered with a lot of issues. Official documentation are written like we shouldn’t…

I just tried this on a VPS which is liked to a domain but after completing all the steps I am not able to get to the login screen.

Do we have to specify any ports to access ERPNext hosted in Docker on a VPS?

Do we have to specify any ports to access ERPNext hosted in Docker on a VPS?

traefik is publishing ports 443 and 80 and that is enough.

I’m not able to reproduce your issue. I am able to host sites using frappe_docker images.